Invasive Species in the Amazon Rainforest: The significant infestation of herbaceous weeds, commonly known as “Juquira” in the Amazon region, is one of the main causes of environmental disturbances such declines in pasture productivity and biodiversity losses. Such infestations could cause pasture to degrade, culminating in a total loss of productivity and the consequent abandonment of the land if they are not successfully handled. Let us discuss some of the invasive species in the Amazon rainforest as follows: 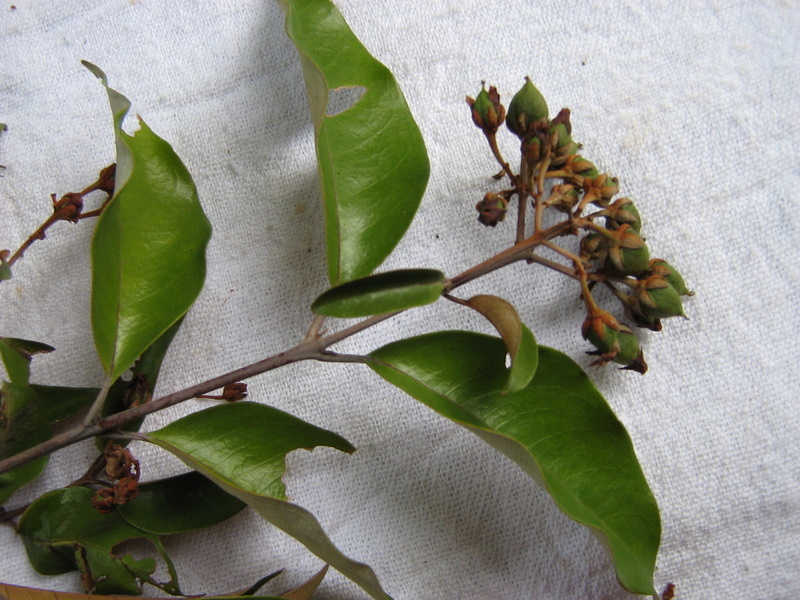 The ability of invasive plants to outcompete native species may be a factor in their successful invasion. Persistent perennial species are the ones that suffer the greatest losses in this situation. They last for several years and, in most cases, reproduce both vegetatively and sexually through seeds. The most troublesome species for agricultural pastures fall into this category, including the lacre (Vismia guianensis), which is problematic mostly for extensive or semi-intensive production systems. North and Northeast Brazil are home to the plant Vismia guianensis, which is a member of the family Hypericaceae, order Malpighiales, and class Magnoliopsida.

A rough perennial plant with a brown hue, Vismia guianensis species is also known as “pau-de-lacre” in the northern region of Brazil. The dorsal (bottom) portion of the leaves are rough and ferruginous in hue, and they are glossy and greenish in colour. An orange-colored, viscous liquid leaks from the cut made when the leaves are removed. This species’ inflorescences have yellow flowers and worldwide green fruits that are packed with seeds. The bushy V. guianensis species can grow to a height of 2 to 5 m and is found at the edges of forests. The flowering season lasts from November to March and into May; for some people, the blossoming peaks in December and January. The fruits maintain their colour even when fully developed, making it impossible to tell the mature from the immature. 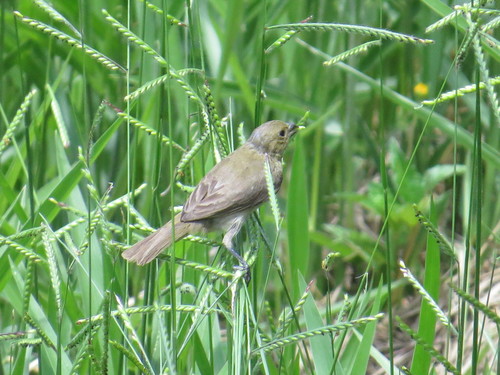 Paspalum virgatum, often known as “capim-navalha,” is another invasive species regularly discovered in meadows used for agricultural production. It is an invasive pasture grass that the Amazon has designated as a weed. Its spread results in diseases that gradually kill grasses that are vulnerable, allowing weeds to colonise and deteriorating pastures. The plant species Paspalum virgatum has hypogynic stamens and is a member of the Poaceae family, order Gramineae, and monocotyledons class. It is a perennial, herbaceous, erect plant that can grow up to 1.50 m tall. Although it contains a lot of protein, as it gets older, it turns fibrous and unappealing to animals. Between October and May, when rains are at their heaviest, particularly in Amazonian locations, is when it blooms. This species’ plants typically grow in moist areas along the edges of rivers, streams, and meadows.

An invasive plant species, Mimosa pudica L is a member of the subfamily Mimosoideae, Fabaceae or Leguminosae family, and order Fabales. M. pudica L. is a semi-prostrate herb with branching stems, prickly or underbush up to 0.5 m in height, and many bristly and deflected hairs. It is also widely distributed in the Amazon. The leaves have one or two pairs of sessile, alternating, petiolate, apical, and linear lanceolate hairs that divide them digitally when touched. The pink, prickly-peduncled blooms atop the globular head contrast with the indehiscent, plain, dry fruits, which measure 1-1.6 cm in length and 0.4-0.5 cm in breadth and contain two to five seeds.

Although this species is native to Africa and Asia, it can also be found there frequently. It has also adapted exceptionally well to life in Brazil, particularly in the Amazon region. It may be native to many or all of the tropics of the New World, and currently its range may be pantropical.

Senna obtusifolia is an important additional invasive species. This plant is invasive, has an upright stem without spines, grows to a height of 1.5 to 2.0 m, and has pairs of leaves with three pairs of leaflets that are not fragile or hairy. Senna obtusifolia is a combination of the Latin words obtus (opaque or blind) and fólio (leaf). Infesting crops in tropical and subtropical areas of the world, this kind of invasive plant is quite widespread. It is an annual plant with a woody root that is a member of the family Fabaceae, subfamily Caesalpinioideae, and order Fabales. It reproduces by way of seeds, which appear as a cluster of yellow petals and grow most abundantly in the spring and summer.

Senna obtusifolia produces a lot of seeds, just like other invasive plants do. This is the case for this species since their fruits have numerous seeds. Although it lacks nitrogen-fixing nodules in the roots, which are present in many Senna species and are crucial for invasive plants, it does have an extremely aggressive root structure that gives it a highly competitive capacity even during times when the soil has poor water availability. 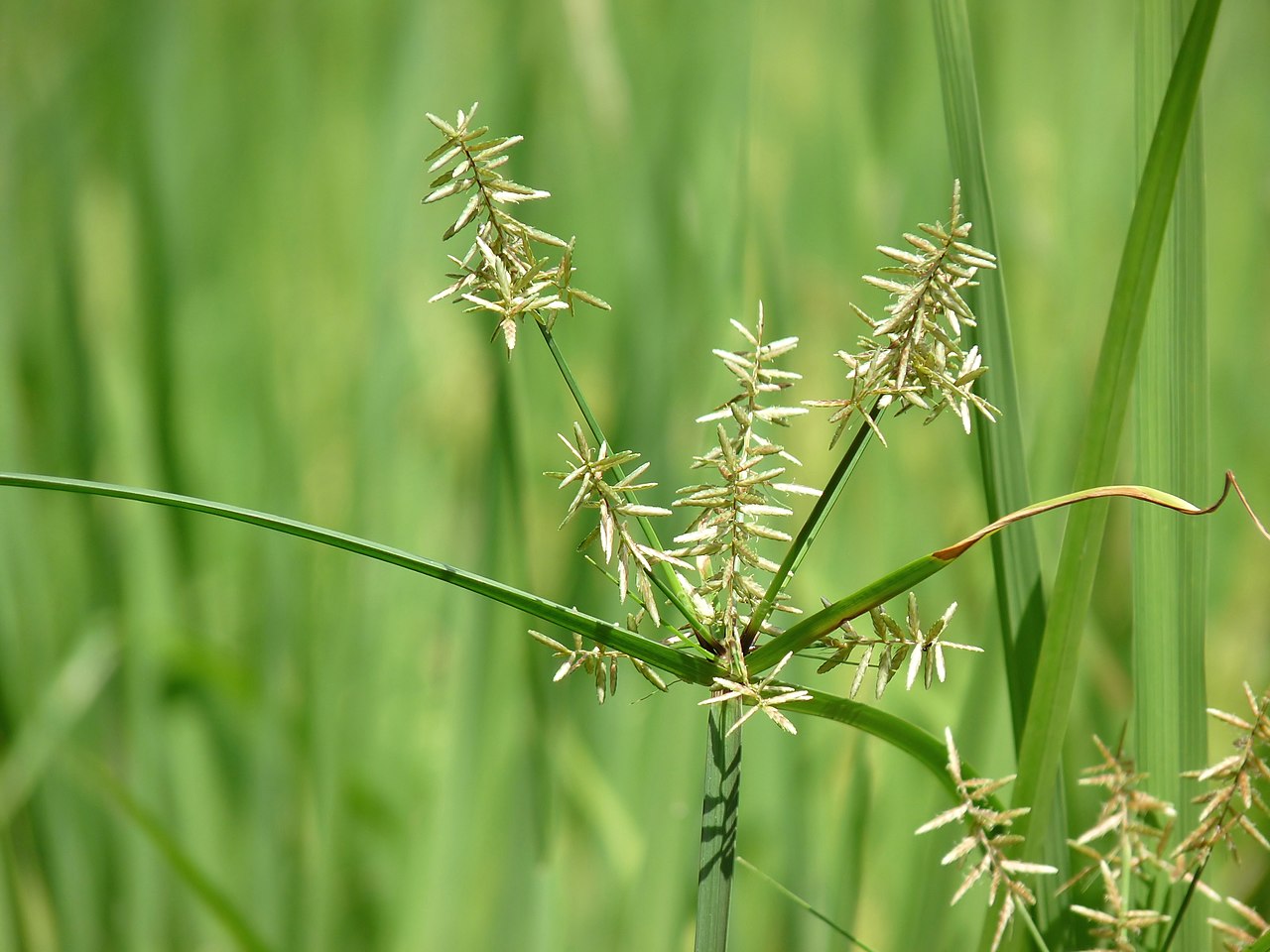 The Cyperaceae family includes the Cyperus rotundus L. species, sometimes known as tiririca or erva-cidreira is one of the invasive species in the Amazon rainforest. The monocotyledonous plants in this family rank third in terms of size. It is a colonial herb that is perennial, grows 7 to 40 cm tall, has fibrous roots, and primarily reproduces by rhizomes and tubers. Rhizomes can grow horizontally or vertically on the ground. Rhizomes that grow horizontally create individual tubers or tuber chains, while those that grow vertically produce shoots and roots. Individual mature tubers are reddish brown in colour, 12 mm in thickness, and 10 to 35 mm in length. Since they spend a lot of time dormant in the soil, tuberous roots serve as the major units of dispersion over time. This species’ propagules persist due to the irregular emergence that tuber dormancy generates.

Cyperus rotundus is an unruly plant that is challenging to control and harms a number of economic crops. Competition causes damage at every stage of the cycle, although crop development and crop reformation are the most vulnerable times. C. rotundus is one of the top 20 most destructive species in the world because to its perennial nature, wide adaptability to many agricultural situations, and capacity for both sexual and asexual reproduction. 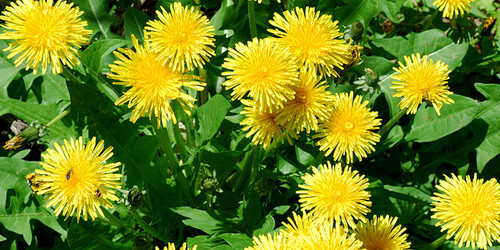 The perennial herb Taraxacum officinale (dente-de-leo), which is native to Europe, is regarded as an aggressive invasive species globally. In its native range, T. officinale is only found in disturbed areas in alpine habitats.

Taraxacum officinale has great flexibility in morphological and physiological traits, which contributes to its high resistance to abiotic stress and effective use of resources. T. officinale exhibits enhanced abundance, physiological performance, accumulation of biomass, survival, and seed production under favourable abiotic circumstances. 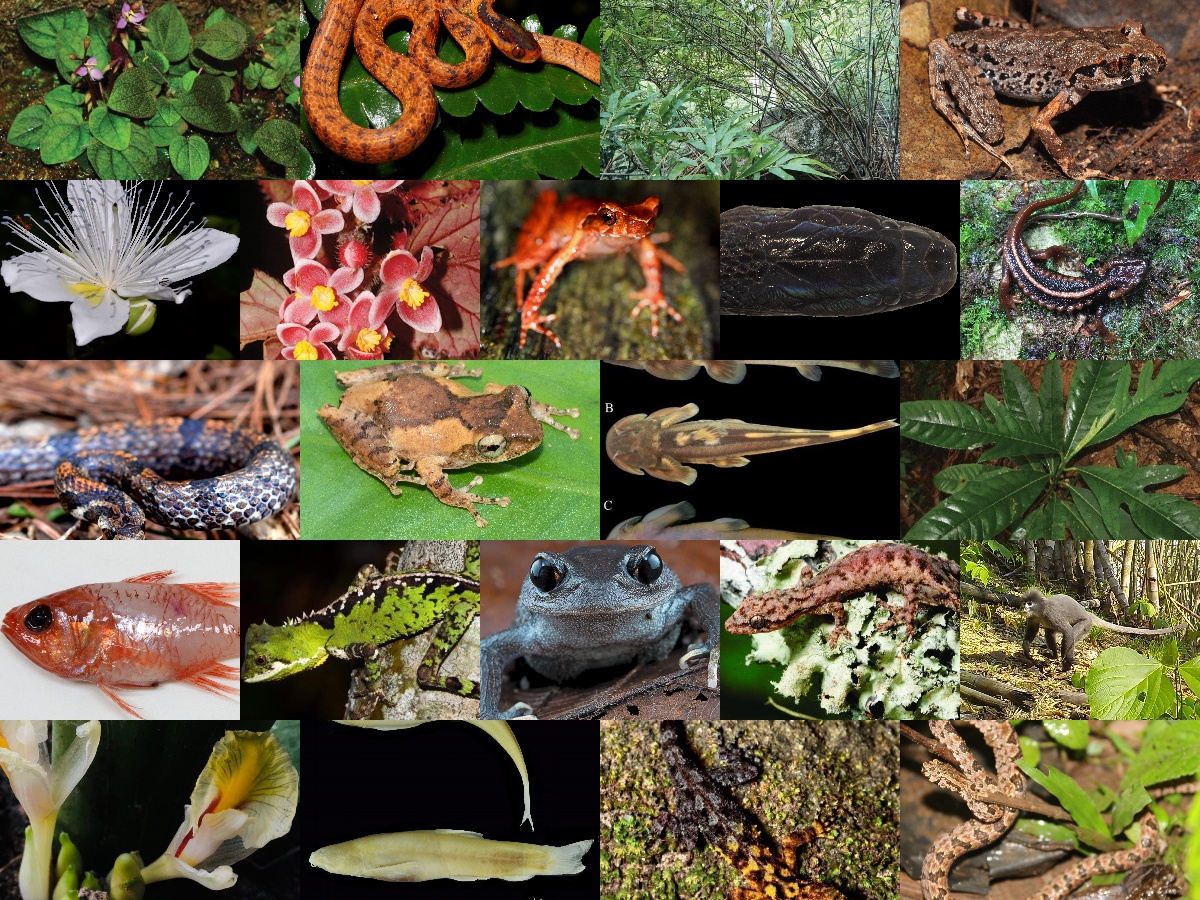 Because of humankind’s capacity and ambition to continuously explore, wander, and penetrate the farthest reaches of our biosphere, invasive species are occasionally accidentally introduced and spread. Even documented instances of invasive species being introduced by negligent scientists into natural environments exist.

Even while unintentional introductions have a considerable impact, the technologically controlled development and employment of biological control agents has the potential to cause ecological catastrophes that are orders of magnitude worse than these examples. The potential for harm from biological control technology grows and diversifies along with it. The development and usage of engineered viruses, genes, and purposely introduced species continues with little to no thought given to the long-term ecological repercussions. Our mismanagement of biological controls in the past and now calls for significant changes in strategy and implementation. The developing view of systems ecology and environmental science encourages caution and restraint in our attempts to implement anthropogenic changes into ecological cycles that are naturally governed.